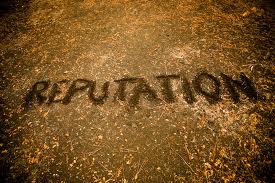 In what many termed a “social media oil spill”, the Shell brand faced a real challenge in 2012. It all began when an Arctic Ready website suddenly emerged online, a site that closely resembles the Shell official website’s Arctic section. The fake website provided photographs of the Artic, and invited people to make their own Shell ads by adding copy to them. These ads would then be shared via social media platforms.

Soon, a video made an appearance – it showed ostensible footage from a Shell PR event where a model oil rig starts to malfunction and sprays people with oil. This was followed by a series of spoof ads popping up across multiple social media applications. It seemed like Shell’s marketing plan had failed disastrously. A seemingly official Shell Twitter account asked people to stop sharing the ads and said that the company was going to take legal action against those who did. Several other videos also appeared online. Users assumed that these were all authentic, part of a company campaign gone terribly wrong.

Soon, however, it was discovered that Shell had nothing to do with any of these developments. The brand’s online identity had been “hijacked”. The fake site, Twitter account, videos and ads were created by activists from Greenpeace and The Yes Men – organisations that protest the apparent environmental impact of oil companies.

The response to the hoax has been mixed, with people calling it “brilliant” and “villainous” by turn. While some have lauded the innovation of the campaign, others have pointed out the problematic ethical nature of such a ploy. The incident demonstrated how easy it is for anyone who knows how to work the internet to attack and “troll” big brands online. Moreover, a social media PR disaster is hard to contain, given the speed with which information spreads. And as people say, “If it’s on the internet, it’s forever.”

Shell responded in a manner that many experts believe was strategic and thoughtful: they announced that the campaign was fake, they refused to comment further, and they declined to take legal action against the activists. Perhaps this was the best course of action – in such a situation, comebacks and legal wrangles would likely have fuelled endless comment and controversy, keeping the “hijacking” of the brand in the headlines. As it was, the furore soon died down and the company’s profitability probably remains untouched.

Other big companies have fallen victim to Greenpeace’s online attacks. For instance, the spoof Nestle ads that showed a man opening a Kit Kat and biting into an orangutan finger in place of a chocolate bar. Such social media “hijackings” raise a lot of issues in the social media space. What is ethical, and what isn’t? Is it really okay to launch “coordinated online assassinations” on organisations? How does one deal with a PR crisis that spreads like wildfire across the internet? Should there be stricter laws to prevent “trolling”? These are important questions that need to be debated and answered at a time when more and more controversial hoax campaigns are making their way into the world of social media.