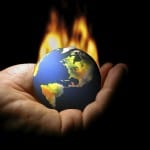 Climate change has been a hot topic in 2011, and we at Baird’s CMC have often been reminded of a project we worked on last year: a qualitative research study to assess where India, South Africa, and Brazil stand in the context of the global climate change debate. We worked with our partners on this project – Baird’s Renaissance in South Africa; Fundamento in Brazil; and Hyderus in India. Key informants who have their “ear to the ground” in these countries commented on the political realities and pressures that their governments face regarding climate change. Our target was to see how the issue is perceived by diverse constituencies within these countries.

The study was conducted during the run-up to the CoP 16 in December last year and the Rio +20 earlier in 2011. However, many of the key findings remain relevant. We found that “Green” issues were moving up the agenda in each of these emerging economies, especially Brazil. We were struck by the opportunity that seems to exist for those who can frame Green issues in terms of economic and social opportunities rather than in the conventional terms of threat and obligation.

In Brazil, nearly all the interviewees agreed that climate change is increasingly being perceived as a critical component of Brazil’s overall sustainable development and economic growth and that the country would likely participate in a global alliance. At the same time, respondents felt that the government was not doing enough at a policy level – the Brazilian government’s policies are inadequate, and a lot of legislation is seen only on paper. One respondent pointed out that even with some really advanced laws, there are reversals that put climate change on a lower level of importance, e.g., the proposed scaling back of Brazil’s progressive forest code, which would lead to large-scale deforestation and a massive increase in CO2 levels.

In India, where a massive percentage of the country’s population is dependent on natural resources, climate change is increasingly seen as not just a theory to debate but an important issue to tackle. However, all interviewees agreed that policy-makers seem to not have taken adequate notice of the growing popular sentiment. They also felt that while the country’s contingent view themselves as deal-makers, India is often seen as a deal-breaker by various camps. One view was that this is driven by India’s non-alignment the global north; on the other hand, blocks such as the Small Island Developing States and other developing nations feel let down by India. Interestingly, all the interviewees unanimously agreed that the impact of the Dr. R. K. Pachauri scandal was very low.

In South Africa, the popular perception amongst respondents was that the South African government should definitely be doing more to combat greenhouse gas emissions – an interesting point of view given that South Africa had recently introduced the much-discussed “carbon tax” in an effort to limit greenhouse gas emissions in the country. Respondents felt this was a step in the right direction – at the very least, it would drive awareness of global climate change issues and perhaps motivate citizens to make individual contributions. However, many felt that that the move would have a much more powerful impact if the South African government would issue a statement to illustrate how the money raised through this tax was being deployed, e.g., like developing CO2 reducing technologies.

Click here to read a more detailed description of our findings.