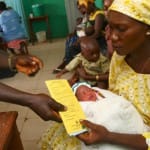 The PARTNER study is the second large study to examine whether people with HIV become non-infectious if they are on antiretroviral therapy. So far, the study has found no cases of HIV transmission involving someone with an undetectable viral load.

The 2011 HPTN study found 96% efficacy of antiretroviral therapy reducing HIV transmission from the HIV-positive partner to the HIV-negative partner. Since the study was focused primarily on heterosexual couples, the PARTNER study attempts to fill this gap in knowledge. Nearly 40% percent of the total couples recruited so far are gay.

In total, 767 couples (586 heterosexual and 308 gay male couples) took part in this two-year interim analysis. Some couples were excluded from the analysis either because they did not attend follow-up appointments or because the HIV-positive partner developed a higher viral load.

The results of the planned interim analysis were presented at the 2014 Conference on Retroviruses and Opportunistic Infections (CROI). The main news so far is that there has not been a single case of transmission within couples where the HIV-positive partner had an undetectable viral load. According to the PARTNER team, if the HIV-positive partners had not been on treatment in this group, there would have been a likelihood of 15 transmissions amongst the heterosexual couples and 86 transmissions in the gay couples.

It is important to note that no transmissions is not the same as zero transmission risk. The estimation of risk relies on statistical calculations regarding how confident researchers are that the same result might not occur by chance. The PARTNER researchers have calculated a confidence interval of 95% based on the assumption that a 5% possibility of the same results occurring by chance is acceptable.

The data from the PARTNER study is already substantially greater than the previous studies that have assessed this issue. The findings are, however, dependent on the current number of years of follow-up. The study is only partially completed – final results will be available in 2017.