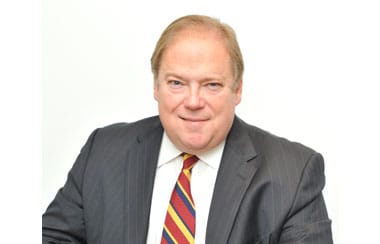 Francois Baird is a founder and co-chairman of Baird’s CMC. He has conducted successful campaigns for governments, multilateral organisations, multi-national companies and international NGOs in 34 African countries. The most notable recent campaign was the press freedom campaign on behalf of Print Media SA, the trade association of media owners and SANEF, the South African National Editors Forum, representing editors, in 2012. The aim of the campaign was to persuade the South African government not to implement a media tribunal which would have restricted press freedom. The resulting SA Press Freedom Commission Report recommendation of maintaining a self-regulatory regime was accepted by the government.

Francois is a member of the Advisory Board at Ocean Security International (OSI), an international NGO focused on the convergence of security issues related to the world’s oceans and of the Board of the Centre for Communication and Reputation Management (CCRM) at the University of Pretoria. The CCRM is committed to promoting knowledge in the communication and management sciences with a focus on reputation.

Francois has long been committed to development and democracy promotion in South Africa and Africa. He first worked in Africa outside South Africa in 1988, helping Sappi Forests with a transaction in Mozambique. Over the years he has managed election campaigns for President Chiluba of Zambia, for President Chissano in Mozambique and advised on election campaigns in various other African countries. During the tumultuous mid-eighties in South Africa he worked in the black townships doing business development.

He consults governments, institutions and companies across Africa, in Europe and in the USA. He worked for several years with ESKOM, the South African electricity utility and the World Bank on addressing South Africa’s chronic power supply problems. He has led teams working for South African government departments including the Department of Science & Technology, Statistics South Africa and the and the National Treasury. He also has a long history of consulting to Not for Profit organizations including the International Aids Vaccine Initiative (IAVI) and Gavi.

Francois speaks Afrikaans and English with native-level proficiency and some Xhosa and Zulu.