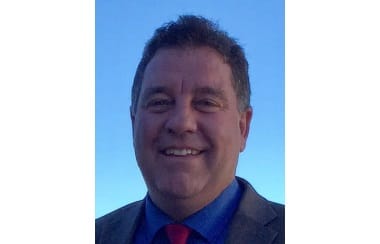 Chris Opperman, an Associate at Baird’s CMC has been active in the fields of diplomacy and international relations; investment facilitation for multi-nationals investing in Africa; and start-ups in the field of Medical Insurance, ICT backbone infrastructure, and Oil and Gas Exploration.

After attaining a B. Juris LLB law degree at the University of Pretoria, Chris joins the South African foreign service.

His first posting is Washington DC, acting as Private Secretary to the Ambassador, later handling the State Department and Congressional liaison function for the Embassy. Chris is on the team to prepare for and execute the last official visits to the US by President FW de Klerk, the first State visit of President Mandela, and other memorable events during the constitutional transition.

He is part of the team in 1995 to open the South African High Commission in Tanzania where he establishes high level contacts and relationships. East Africa becomes his permanent home and after leaving the Foreign Service he is appointed CEO of the first Medical Insurance Company in East Africa, with Netcare and Hannover Re as shareholders. Med-X Tanzania and Med-X Kenya is a start-up, and becomes successful with 40 thousand insured lives at the time of a management buy-out and later sale to Prosperity Health in 2003.

Chris remains in East Africa, being appointed by President Mkapa of Tanzania to run a targeted investment campaign on behalf of the Tanzania government. He reports to the Governor of the Bank of Tanzania and the Minister of Finance. Chris later becomes a consultant to Sithe Global, owned by the Blackstone group who develops the Seacom ICT project. Chris is appointed director of Seacom, is later appointed CEO of Seacom Tanzania, and assists with a roll out strategy for Seacom in East and South Africa.

In 2007, he establishes and becomes CEO of an Oil and Gas Exploration and Production Company in East Africa for His Highness Sheikh Saud bin Saqr al Qasimi, Ruler of Ras al Khaimah. Rakgas Tanzania starts exploration on Pande East as operator, and as non-operator in Nyuni. Chris negotiates the successful acquisition of the Zanzibar block for Rakgas and becomes knowledgeable on Union/Zanzibari matters as it pertains to oil and gas. He sets up the Oil and Gas Association of Tanzania and acts as Vice Chairman for two years.

In 2011 Chris becomes part of a team to establish the start-up Exploration and Production company Swala Energy. Chris spearheads the importance of African participation in the oil and gas resources play, and convinces the Swala board to adopt an African participation strategy. Swala raises capital first through local investors, and later through listings on the stock exchange of Dar es Salaam and the AEX. Swala establishes a trust that holds shares on behalf of local communities in the areas where Swala obtains exploration blocks, and Chris negotiates exploration agreements for Swala in two blocks in Tanzania, and one in Kenya. Chris is an adamant proponent of Intra African cooperation and the importance of the African Renaissance for the future prosperity of all Africans.