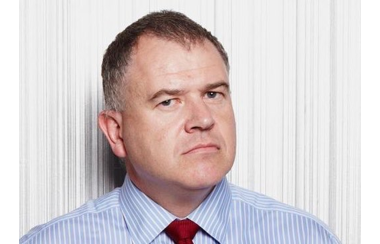 Cormac Smith is an expert in the field of government communications. He began his public relations career in the early 1990s when he joined Interscience to provide media relations expertise for the agency. Following several years working in health care communications he has enjoyed a successful and highly varied career in government which spanned almost two decades.

Between 2000 and 2015 Cormac has held senior positions in several UK local authorities where he has been credited with turning around failing or underperforming communication services. In 2016 he was asked to join the UK’s Cabinet Office as Deputy Director of Communications, to lead a number of specific tasks including communication capability reviews of a number of government departments. During his time, he either lead and played a key role in successful reviews that resulted in improvements to the communication functions at: the Welsh Assembly Government, The Northern Ireland Office, the Health and Social Care Service for Northern Ireland; and the Government Actuaries Department.

It is his ability to understand complex organisations fast and to work in politically sensitive environments that that has made Cormac particularly valued to clients grappling with such wicked challenges as staff engagement, business transformation and reputation management.

After three months at the Cabinet Office Cormac was asked to travel to Ukraine to lend communication expertise to the country’s government as strategic communication advisor to their foreign minister. He was attached to the British Embassy in Kyiv and became the first foreigner to be embedded in the Ministry of Foreign Affairs (MFA) of Ukraine. Over 18 months he was credited with introducing positive changes to the how the MFA communicated, not just in Kyiv but across the globe. In addition to his role with the MFA he worked with the Ministries of Health, Finance, Education & Science and the Deputy Prime Minster for European Integration; as well as advising both the National Security and Defence Council of Ukraine and the NATO mission in Kyiv on crisis communication. He was also a guest lecturer at Kyiv Mohyla Business School (KMBH) on a number of senior leadership courses.

Cormac returned to the Cabinet Office in April of 2018 where he spent eight months advising on Kremlin disinformation and supporting the UK government’s communication operation to counter disinformation in the wake of the attempted murder of the Skripals in Salisbury, by agents of the Russian state.
Cormac has been working with Baird’s CMC since the end of 2019 to develop a number of new products. With the advent of the Covid 19 and changes to working patterns, he sees staff engagement and reputation management as particularly important. And media training and public speaking coaching, two of his real passions, will increasingly be delivered remotely using the latest technology; as will more interviews and even speeches.