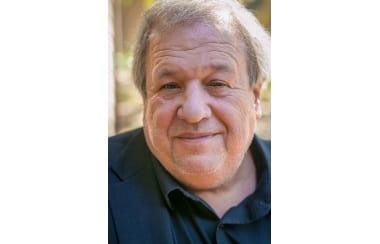 Dr. Mark Rittenberg has helped organizations create communities of excellence among their people and empowered individuals to become true leaders with the ability to actualize a vision — all through the power of communication. Dr. Rittenberg believes that important personal, social, and business problems can be effectively addressed using the Active Communicating methodology he developed — which draws upon the actor’s discipline of engaging, creative and effective communication.

In 1985, Professor Rittenberg was visiting Artist and Teaching Fellow at Harvard University where he conducted seminars in the Graduate School of Education and the Harvard Business School.

In 1993, Dr. Rittenberg, was awarded the J. William Fulbright Senior Scholar awarded by the United States Information Agency and traveled to Soweto, South Africa, where he served as Diversity Specialist in building black/white relationships in South African corporations and education institutions. He returned to South Africa in 1994, 1995, and 1996 in order to implement Active Communicating Educational Programs as a communication intervention to assist corporate and political leadership in the transition to a multicultural, democratic, non-racial South Africa. His doctorate in International and Multicultural Education is based on his work in South Africa.

He currently provides educational programs and executive coaching programs for international corporations including various Silicon Valley companies. In addition, he heads the annual Executive Coaching Institutes at UC Berkeley, Thailand, and Italy where he trains new Executive Coaches as well as executives who want to become more effective leaders by being trained in the arts and science of coaching.