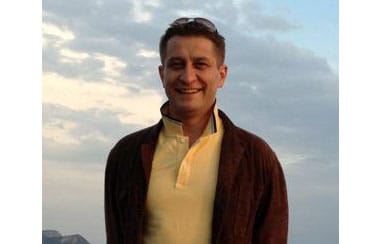 
Nikolay Kudryashov brings to Baird’s CMC his wealth of industrial and functional expertise in corporate communications and business-to-government relationships, both legal and economic. As one of the founders of his own consulting firm based in Russia, Continental Communications, he’s also a veteran in television production and creates weekly informational and analytical bulletins for the Russian federal channel, dealing with sectors such as transportation, energy, and agriculture.

Before setting up his own company, Nikolay worked as the Public Relations and Media Director for the Evraz Group, one of the world’s leading steel companies. It was during his tenure there that he changed the structure of internal communications in the firm. The project involved working with employees in distant offices all over Russia to impart to them a sense of belonging to one global company and to bring about an acceptance of the changes that had recently swept across the country. The initiative won the Best Management Project award in 2007.

Nikolay’s wide-ranging experience also includes his five-year stint as a correspondent for Channel 1 Russia – the No. 1 broadcaster in the country. He covered economic and government affairs, as well as war.