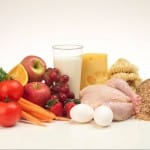 We’ve recently gotten to know a great group of people at an organisation called Global Health Strategies (GHS), which has one of its bases in New Delhi. GHS does communications, advocacy, research and strategy work in a number of important health and development areas such as HIV/AIDS, Tuberculosis, Malaria, Polio Eradication, Sexual and Reproductive Health, and Vaccines. These are areas that Baird’s CMC also has extensive experience in and we enjoy swapping ideas with like-minded folks about their thoughts on health communications and strategy. Our friends at GHS pointed us to articles by an insightful Harvard University researcher named David E. Bloom.

In his article “Health, Wealth, and Welfare”, Bloom explains that the impact of poor health is not just limited to the narrow confines of individual families. The economic burden of disease causes a ripple effect that extends beyond the family to the local community, the country at large, and ultimately the entire world. Studies have shown that a healthy population helps the economy grow and attracts more foreign direct investment, creating a positive spiral of social and economic well-being that is far-reaching and long-lasting. “A country whose citizens enjoy long and healthy lives clearly outperforms another with the same GDP per capita but whose citizens suffer much illness and die sooner,” says Bloom. According to Bloom, good health can have a dramatic effect on economic prosperity – a one-year improvement in a population’s life expectancy could contribute to a 4% increase in output.  Healthy workers are more productive and earn higher wages, achieving a more rapid growth of GDP per capita and better living standards. Healthy people also save more money, says Bloom, and this can have a dramatic effect on national saving rates and economic prosperity.

Conversely, poor health and low life expectancy rates mean people cannot afford to or are not motivated to save. This matters all the more for those in developing countries like India where thousands of people are engaged in manual labour and the economic impact of ill health is magnified. When they or their family member fall ill, the ensuing medical treatments are an expenditure they can scarcely afford, reducing them to a hand-to-mouth existence with no means of pulling themselves out of this situation. To make things worse, their poor nutrition levels make them even more susceptible to illness. And adding to this negative spiral, investors tend to avoid environments with heavy disease burdens.

Bloom also points out the long-term impact on the children themselves. In third-world countries, where it’s not uncommon for children at the lowest end of the socio-economic ladder to fall ill repeatedly, the effects of disease go beyond the immediate suffering. Frequent sickness means education often takes a backseat, with the children missing school frequently. What’s more, a child’s physical and cognitive health may be permanently affected by certain childhood diseases – this will have an impact on his or her ability to be financially independent later in life. Physical disability limits the opportunities for work, especially manual labour which is often the only option in developing countries. Cognitive development may also be affected; for instance, measles can cause brain damage. Thus, illness in childhood can lead to a lifetime of ill-health and financial struggle.

Quite simply, as Bloom illustrates, health improvements promote economic growth, which in turn promotes better health. According to Bloom, “This ‘virtuous spiral’ can transform an impoverished disease-prone area … into one that offers its people a much higher quality of life.”