While the over-prescription of antibiotics is causing increasing levels of antimicrobial resistance  (AMR) within the developed world, the lack of access to treatments in lower income countries is just  as much of a global concern

By Mark Chataway at Hyderus

Most discussion of AMR focuses on the overuse or  inappropriate use of broad spectrum antibiotics. But  too little diagnosis and inadequate treatment is just as  important. The lack of access to antibiotics is the cause  of 5.7 million deaths annually, the majority in low- and  middle-income countries. We have to find ways to reduce  these deaths and to limit treatment-linked resistance. 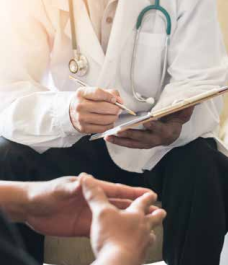 Low-resource countries are worst affected by limited access to antibiotics. This is, in part, because people in these countries are more vulnerable to infections.

However, deaths are on a downward trend, thanks to antibiotics. A 2018 paper in the Proceedings of the National Academy of Sciences of the USA said, “The worldwide mortality attributable to infectious agents dramatically decreased from around 13 million deaths in 1990 to around 10 million deaths in 2016. This decrease was mainly driven by the yearly decline of mortality caused by antibiotic-susceptible bacterial infections, including lower respiratory tract infections, especially in [lower-middle income countries] (1).” In context, this decline is not, maybe, as “dramatic” as the article says or as it might have been: deaths from malaria and HIV, two other infectious diseases, over roughly the same two decades fell far faster. And we should not forget that resistance to medicines to combat parasitic and viral infections are an often-neglected part of the AMR agenda – one we will neglect here as well.

Back in 2010, a Duke University literature review of Sub-Saharan African papers showed that nearly one in 13 hospitalised patients across Africa may have had a bacterial bloodstream infection (2). Many were never treated with antibiotics, either because the illness was never diagnosed or because there were no treatments.

Barriers to accessing antibiotics are complex, particularly in low- and middle-income countries. A 2018 Access To Medicines Foundation (ATMF) report said, “Shortages of generic antibiotic products have been reported on a global and national scale and many formulations of antibiotics for specific populations, including children, have limited availability (3).” Things were so bad that in 2017, only four companies were producing the active pharmaceutical ingredient (API) for penicillin; three were in China (4). Brazil’s tough and respected drug regulator gave permission for its producers to buy the API from a Chinese producer that European regulators said had falsified data and posed a high risk of contamination. There was, apparently, no alternative.

These shortages are getting worse. “The increasingly common shortages of antimicrobials are an additional threat to the emergence of AMR. While the threat of such drug shortages is most acutely experienced in low income and middle-income settings, their consequences impact the quality and effectiveness of antimicrobials worldwide,” Shafiq et al. said in a November 2021 article in BMJ Global Health (5).

The orthodox view that intellectual property is the biggest hindrance to medicines availability is clearly wrong, at least in this context. The lack of availability in the public sector along with steep out-of-pocket costs often pushes patients or parents into the private sector. In many countries, prescribers and dispensers in this sector have strong incentives to use more expensive products, rather than the ones indicated by clinical guidelines. A 2021 paper in Antibiotics reported that “although the per-capita consumption of antibiotics in India is lower than that in several other countries, the proportion of broad-spectrum antibiotic consumption which are recommended for restricted use by the WHO is high (6).” Patients cannot afford the full course, and the paper reported that, according to interviews involving 36 pharmacies in two states, pharmacists often dispensed antibiotics – including ones on WHO’s watchlist for resistance – without a prescription and with only enough pills for one or two days of treatment.

“In many countries, prescribers and dispensers in this sector have strong incentives to use more expensive products, rather than the ones indicated by clinical guidelines”

To conserve the antibiotics we have, we need to make sure that professionals working in the public sector can reliably get the antibiotics they need. This will mean challenging some shibboleths of activist groups and building sustainable public private partnerships to produce and distribute high-quality medicines.

Resistance Is Already a Major Problem

AMR is already an issue in resource-poor countries. Elsewhere in this special edition, there are many references to a 2019 paper in The Lancet. It is a complex piece of modelling, but overall it is clear that low-resource countries are disproportionately affected by deaths associated with and attributable to AMR.

The authors of that The Lancet paper conclude: “Many might expect that with higher antibiotic consumption in high resource settings, the burden of bacterial AMR would be correspondingly higher in those settings. We found, however, that the highest rates of death were in Sub-Saharan Africa and South Asia. High bacterial AMR burdens are a function of both the prevalence of resistance and the underlying frequency of critical infections such as lower respiratory infections, bloodstream infections, and intra-abdominal infections, which are higher in these regions. Other drivers of the observed higher burden in [resource-poor countries] include the scarcity of laboratory infrastructure making microbiological testing unavailable to inform treatment to stop or narrow antibiotics.

“The higher burden in low-resource health systems highlights the importance – both for the management of individual patients and for the surveillance of AMR – of well-developed national action plans and laboratory infrastructure in all regions and countries.”

Lab facilities are very unlikely to be available to most treaters and, where they are, treaters face the same dilemmas as their counterparts in advanced economies: Do they wait for a sample to be cultured and analysed? Or do they treat the patient now, with no risk of loss to follow up, based on the pathogen probably involved and what professionals know about resistance patterns in the area?

A doctor treating a patient with a potentially life-threatening infection will, of course, not wait and will use whatever is available. However, even in those circumstances, they might prescribe differently if the full range of essential antibiotics were available. The Shafiq et al. paper reported: “Global antimicrobial supply chains are inefficient and fragmented… scarcely available and poorly functioning forecasting systems [in resource-poor countries] contribute to the problem of disrupted supply chains (5).”

Preparing for the Future

Medicine will have to work harder because resistant microbes have changed the world in which patients are treated. Julian and Dorothy Davies pointed out in 2010: “The planet is saturated with these toxic [antibiotics used since the 1940s], which has of course contributed significantly to the selection of resistant strains. The development of generations of antibiotic-resistant microbes and their distribution in microbial populations throughout the biosphere are the results of many years of unremitting selection pressure from human applications of antibiotics, via underuse, overuse, and misuse. This is not a natural process, but a man-made situation superimposed on nature; there is perhaps no better example of the Darwinian notions of selection and survival (7).”

New antibiotics must only be used in those infections which cannot be cured, at therapeutic doses, with older antibiotics. As Davies and Davies put it, “If well-considered restrictions and rules for usage were supported by a pipeline of structurally novel antibiotics and semi-synthetics designed to be refractory to resistance mechanisms, one could expect some significant and lasting improvements in the treatment of infectious diseases (7).” The restrictions do not work well in some advanced economies or in some resource-poor ones. Some of the causes are similar, but the solutions are very different.

In advanced economies, patients often demand medicines that are tolerable and virtually certain to work or refuse to wait for the outcome of lab testing to determine the best treatment for a specific infection. Doctors in resource-poor countries face very similar dilemmas. A 2021 paper in Antibiotics looked at the prescription of broad spectrum antibiotics (BSAs) in South Africa, Sri Lanka, and the UK (8). In all, doctors said that they recognised the need to restrict use of broad-spectrum antibiotics but, “universally across settings, participants described how using BSAs provided a solution to diagnostic uncertainty, reassured them that their patients would be safe, and reduced their own risk of censure from colleagues or of litigation.”

If patients don’t like what they are prescribed, they can buy something else in much of the world. Periodic efforts by national governments and WHO to limit over-the-counter dispensing of antibiotics have met with very limited success in resource-poor countries. For example, India introduced a new H1 schedule, which was designed to require that pharmacists keep a copy of antibiotic prescriptions, thus reducing sales without prescriptions. A 2020 study in the Indian Journal of Pharmacology found that mystery shoppers in one state were still able to buy antibiotics, mostly broad-spectrum ones, in almost eight out of ten attempts (9). There is no reason to think that regulation will be any more effective in the future.

Many patients will get antibiotics in the private sector for many years to come and planning that does not include private pharmacies and hospitals is an exercise in dangerous wishful thinking. It would, of course, be completely invidious to make new antibiotics available only to those rich enough to afford them in the private sector. There have to be solutions that work in every setting.

What needs to be done is often painfully obvious; the challenge lies in how to do it. Initiatives such as SECURE – led by the Global Antibiotic Research and Development Partnership and WHO – use pilots to generate real-world experience on issues such as:

Much more must be done, though. Abstract discussions about how to conserve new agents need to become honest discussions about the real challenges. The diagnostics industry must be given a central role in developing new ways to test quickly and easily for pathogens and for the susceptibility of those pathogens to treatments.

COVID-19 has reminded us that we share one planet; unless our approach to managing infectious diseases is global, it will fail.